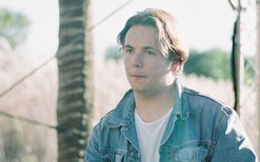 Renowned amongst local and international producers for his signature sound, Nick Rushton under the alias of “Clockwise” has been consistently impressing recent crowds the world over with his work being played at the likes of Ozora festival in Hungary, all the way back to Vortex & Organik psytrance festivals in his home town of Cape Town, South Africa.

Nick, feeling that the South African scene has ample space for a broader spectrum of psychedelic music, has taken it upon himself to push for a sound that deters from the conventional rolling baselines and hypnotizes the audience in its own right. Taking sonic inspiration from some of the earlier electronic music pioneers – namely the likes of Aphex Twin, Extrawelt and Eitan Reiter – you’ll find an undoubtedly raw approach to his music. With releases out on respected labels such as Iboga Records, Nick’s fresh & original sound can be put down to his passion for ingenuity & innovation, and his commitment to the art will find him consistently finding his niche for his own sound.