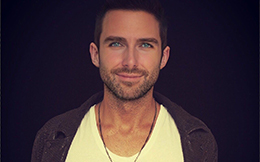 Avalon is one of the leading and most in-demand DJ/Producers in the Psychedelic trance scene today. After a decade of consistently topping the charts with his pioneering style, Avalon has had ten Psy-Trance number 1 hit’s on Beatport and three number 1 selling albums, totalling 6 albums under his belt. He is one of the top headliners at most major psychedelic trance events around the globe. In the studio he has worked with Tristan, Vini Vici, Astrix, Burn In Noise, Ace Ventura to name a few.

Avalon’s collaboration projects have also garnered mass appeal having produced two successful albums with Dj Tristan under the project name ‘Killerwatts’ and one album with Sonic Species under his progressive alias ‘Future Frequency’.

2019 was a massive year for Avalon having just released his second full-length album ‘RISE’ on Nano Records. 10 years in the making, Avalon has combined his psychedelic influences and technical know-how to create an album that represents the very essence of his creative spirit. “RISE” features five massive solo tracks and four collaborative bombshells with the likes of Ajja, DJ Tristan, Dickster & Mad Maxx. The album reached #1 on the Beatport top 100 release charts and remains in the top 10.