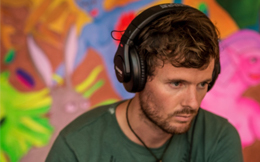 Abra is the forest live \ dj act of Regardt van Zyl, hailing from Cape Town South Africa. He started his musical creation journey at the age of 16, mainly influenced by rock/metal/blues and classical music. He started producing electronic music at the age of 25 and rapidly developed a story telling sound. He has released some of his best work under Zenon records, Uroburos Records and Psynopticz Records. Abra* strives to transport the individuals imaginations to far away and mysterious realms of myth and magick and tries to tell untold tales of old and forgotten times when these themes were a normal part of human life.

He is also the co founder and label manager at www.ourmindsmusic.com